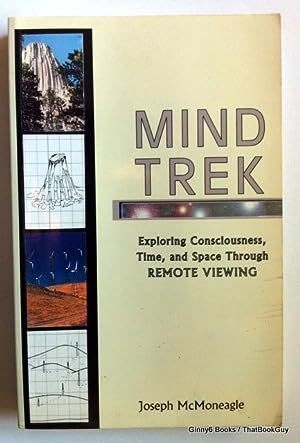 I found that within those second category experiences there were very few that I had accepted, processed, or integrated. Almost without excep- tion, the majority had been denied and buried, sealed off from the rest of my normal thought processes. I had ignored vital input and continued to live by concepts and standards of reality shielded with blinders, not unlike the kind they used on the fire-house horse in the good old days. In my own case, I could describe my mind as being nothing more than a wonderful and complex cloud.

When faced with a change it didn't like, it just didn't process it. I found a region where I had been storing all of the phenomena of life which didn't fit anywhere else. Where all of the experiences thrust upon me, forced on me against my will, were simply placed and unconsciously ignored.


Instead of placing myself in a defensive mode with regard to my philosophic beliefs, I just simply ignored the threats to my consciousness as something I was unable to process and filed them neatly away in an area I would have to call not real, a sort of nebulous territory. That is where I found the first experiences.

They were experien- ces that opened doors to a different reality and I had been propelled through to new perspectives. They were philosophic doors that had shattered the foundations of my normal world. But, strangely enough, I had buried these experiences rather than deal with them. I'm not sure.

At that time in my life, maybe I just wasn't ready to make the changes these experiences required of me. Or, more frankly, I was afraid. The first experience was one of two significant time periods in my life which ultimately have become tied together.

These two time periods were actually nine years apart, but, since one interacts so well with the other, I believe both events were in some way con- nected - if for no other reason than to underscore the effects of each within my conscious mind. I will call these experience A and B for writing purposes. The events contained within these two time periods dovetail very well together, specifically in the combination of effects as represented by changes in my philosophy or, at that time, my expressed reality.

The A experience was an event that occurred around July of It was one of my deepest and darkest secrets for a nine-year period of my life. I went to great lengths not to talk about it, particularly with anyone in the Army, my principal employer at the time. The experience occurred while I was stationed with a small unit in southern Germany - it was a classic near-death experience NDE associated with an out-of-body experience OBE.

A response to Lyn Buchanans book:

The B experience was actually a series of two events, one of them occurred in July of Bl and the other in October B2 of the same year. These two events marked the change in how I would deal with the subject of the paranormal. I met Dr. Robert A. So, the real beginning of my own journey was a near-death experience in Therefore, appropriately, that is where my story will begin. The reasons I chose to do this are fairly complicated but have a lot to do with what my perceptions of an NDE and an OBE were at the time.

It is one thing to look safely back and view the experience with hindsight, but in my views and perceptions were quite different from what they are today. Back in those days, a near-death ex- perience or NDE was viewed as an abnormal experience, something someone suffered as a result of damage to the brain, hypothetically a result of loss of oxygen to the brain cells. At least that was the official medical view at the time, one which I quickly and comfor- tably shared, I might add, since it made the totality of my experience ok and not as crazy as I felt I might have been at the time.

I distinctly remember that at the time the doctors were constantly cautioning me to try and stay with the program, to understand that all the effects I had been and was experiencing were simply induced hallucinations.

They didn't want to hear about white lights and small energized light-beings. I remember trying to tell one of them while undergoing bi-lateral brain testing that I could read the mind of the nurse in the next room. I don't remember his exact response, only that it was negative in the extreme. I think any reader would agree that if you are lying flat on your back in a hospital and the best medical minds available are investing twelve to fourteen days evaluating the extent of your brain damage, you are apt to believe whatever they say is happening or true.

This was essentially the circumstance at the time. The A Experience July One July evening, fate provided me with an experience which remains just as vivid today as it was the day on which it occurred. There may be psychological reasons for that, but lacking memory of the detail before the event has never seemed to be very important to me. I will report what I can remember of the event itself. It was a Friday, and I had developed a habit of taking a few friends out to dinner in the early evening on most Fridays.

On this particular occasion we had chosen a restaurant just across the River Inn, southwest of Passau, Germany, in an Austrian town called Braunau am Inn, which means Braunau on or by the River Inn. The name of the restaurant is lost forever in the clouds of my mind, but I distinctly remember how it looked.

It was old and narrow, situated on a cobblestone side street very close to the edge of town. Inside, the air was choked with cigarette and pipe smoke, and the tables and chairs were jammed very closely together. I remember it as being a loud and happy place with people who recognized us as Americans and welcomed us happily to share in their usual end-of- week celebration. It was a bit warmer than usual, but comfortable.

As was also habit, we all ordered before-dinner drinks. Normally this meant a Weissen beer, which is a combination of light beer and sparkling wine with a twist of lemon.

This particular evening, however, someone suggested that I might try a Strohes Rum, which is a very heavy and dark rum that has the flavor of butterscotch. So I conceded and ordered a rum and Coke. The conversation I don't remember as being remarkable in any way, just congenial. After sipping on the drink for about ten minutes, I noticed that I was beginning to get extremely hot on the back of my neck.

I asked my friend sitting to my right if he had noticed anything peculiar with his drink, thinking that perhaps the drink had something to do with the way I was beginning to feel. But he commented no. So I tried to ignore the discomfort and to get more involved in the conversation. It seemed, however, that the harder I tried to relax, the worse I felt. After thirty minutes of progressively increasing misery, I finally told my friends that I really didn't feel very well and felt that I should leave.

They suggested that some fresh air might help and I quickly By this time, rising from the table seemed to be an effort, but I managed to extricate myself from the tightly packed chairs and make it to the front door of the restaurant. I remember that at this specific point in time things appeared to slow down. My perceptions of time seemed to be altering, going into slow motion. My mind would send a command to my right arm to push open the door, but it seemed like the command took forever to reach my hand. Once it did, my observation was that my right hand then moved in a slow-motion arc toward the handle.

The sounds and colors of the restaurant foyer began to slow and intensify as well, much like a record being slowed down on a turntable, while the volume was being turned up. The voices around me became louder but remained unintelligible, like words played through a tape machine at half-speed. I remember suddenly being intensely fright- ened by what was happening to me but hopelessly unable to do anything about it. My last blurred memory was the door opening and my body falling through it from its own momentum. I distinctly remember fearing that I would break the glass with my fall and then heard a horribly loud pop and thought that it might have been my face striking something as I was falling.

Expecting to feel the cobblestones smack me in the face, I found myself catching my balance and then standing in the middle of the street. You can imagine my wonderment. I was no longer falling but felt very light and was standing there calmly looking at my right arm, which I was holding out in front of me. It was like waking up and finding oneself already doing some- thing. I suspect it would be very much like waking up suddenly while sleepwalking - becoming conscious and realizing that you are standing at the front window of your living room, watching the wind blow through the trees in the moonlight.

I must also interject here that I was no longer afraid. The intense fear which I had felt momentarily as I was falling through the restaurant door was completely gone.

In fact, I was so comfortable that I remember quietly chuckling to myself that my initial fear was only a stupid reaction. The first interesting thing that I noticed was that it was gently raining but I was not getting wet. In fact, the small water droplets were hitting my arm - I could feel them doing so - but then they would slide down through my arm and fall to the street at my feet.

Yes, that's precisely what I said - slide through my arm.

The excite- ment was overwhelming and I felt as though I should show someone else what was going on, to share the wonderment of it. I looked at It was at this same time, while looking down, that I noticed that I couldn't see my feet.

It was also when I realized something was happening, a major event was going on, and I was part of it. My first intent was to return to the restaurant and tell my friends. 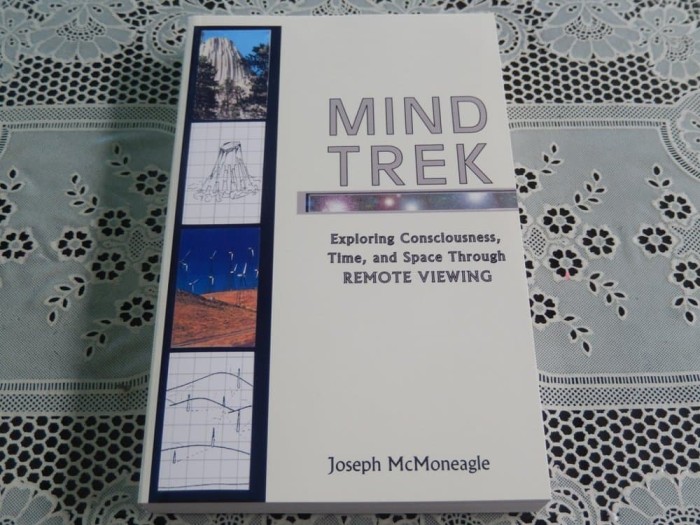